Back to page
View source

The Faceworm Nest instance is located at the right of the two large areas in the bottom left pathway in the Dimensional Space dali8364. The instance needs to be completed within 1 hour. It can be done solo or in a party, and the difficulty setting can be chosen in the beginning when talking to Chaos. 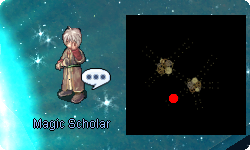 The Old sign shows players fastest completion time of the Faceworm Nest instance along with the name of the party leader and how many people were in the party. If a new record has been made, it will be broadcasted to everyone in the server. The Interdimensional Device allows the party to enter the instance when spoken to. 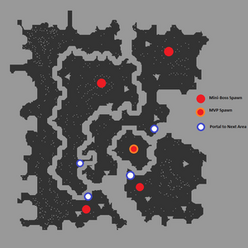 Note: For additional monster stats, you can refer to the Monsters List at the end of this guide

The Faceworm Nest instance is divided into five parts.

Each phase will spawn a set amount of Faceworms that need to be eliminated to proceed. Once all Faceworms are eliminated or only less than 3 of them remain, the Dark Faceworm mini-boss will be summoned.

Once inside the instance, players will appear somewhere in Payon Forest (pay_fild10). Chaos and Iris will be found directly south of the entrance. Have the party leader talk to Chaos to initiate a brief conversation with the duo and choose the difficulty mode. Once the dialogue ends, Faceworms will start to spawn all around the map.

Talk to Chaos and Iris once again. They will have a short talk about Faceworm hunting, how the Faceworms' skin is actually valuable, and how skilled hunters can yield Faceworm skins of higher quality through faster kills. After they finish talking, the Faceworms will appear and the players will need to eliminate them once more.

Talk to Chaos and Iris again. They warn that the valley up ahead is filled with deadly poison so you must proceed with caution. They decide to go check a different area instead and you split up from the pair.

A high number of poison sacs will now constantly spawn when players are in certain areas. These poison sacks have a very slow timer, that, when reaching zero, will cause them to explode and deal moderate Fire property damage, so the players should move away from them. Although the damage can be avoided with either Kyrie Eleison or Hide, standing near too many poison sacks can prove fatal if unavoided. However, the poison sacks can be killed fairly easily. Just like with suspicious mounds of dirt, being invisible won't cause the poison sacs to spawn. The narrow canyon area in the first half of this zone won't have any Faceworms. Follow the path north to the large open area to find Faceworms to kill, while also being careful of the poison sacs.

Note: Poison sacs will continue spawning if players are in certain areas so proceed to the next area with caution.

Still no sign of Chaos and Iris. Instead, large clouds of bubbly poison (officially called fatal poison zone) fills numerous areas of this part. Approaching the center of any of the poisons will deal continuous "neutral" damage at a high rate, killing players rapidly. This damage can be avoided with Kyrie Eleison, Perfect Dodge, Safety Wall, and Hide like the poison sacks in part 3, but it is better advised to avoid walking too close to the centers. Kill all the Faceworms in this area, while being careful of the poison. Since the poisonous area can heal the Faceworms, it is advised not to fight them inside it.

Iris and Chaos are here now, and once the party leader talks to them, the Faceworm Queen will soon spawn. The Faceworm Queen proves to be a formidable foe with her high amount of HP and devastating attacks. She has an extraordinarily high amount of HP, 28m + (2m*party members number) to be exact. She will spawn in her original Poison form, and can change her element randomly to Fire, Earth, Water, or Wind. An announcement will be shown when she does so.

Note: Spell Breaker can be used to interrupt her skills and deal damage to her.

Regardless of current form taken, the Faceworm Queen can also make use of all the mini-boss skills previously encountered in the other phases. The same tactics used to survive those fights may also be applied against the Faceworm Queen. If the battle drags out long enough, she may also start using multiple special skills at the same time.

After killing the Faceworm Queen, the final treasure chest will appear, which contains two Giant Faceworm Snake Skins. A Transport Device will also spawn to allow players to head back to the Dimensional Space. 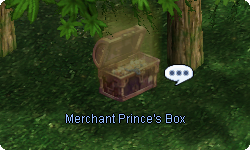 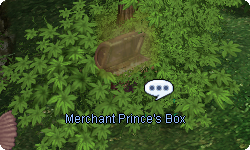 This Instance can repeat after 24 hours.