Note: These events will not occur if walk near Receptionist.

Event occurs when you pass through their point.

You can get Special Buff, And 3round's opponents change by your behavior. Yellow point lose a little Zeny. 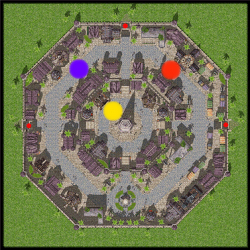 You can use storage 30zeny.

And Riding Creature Master, Point trader in around kafra staff. 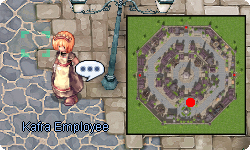 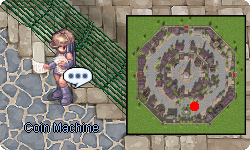 End of Instance. Don't forget to talk to Emmitt White after exiting the instance to start the instance cooldown timer.

This Instance can repeat after 24 Hours.